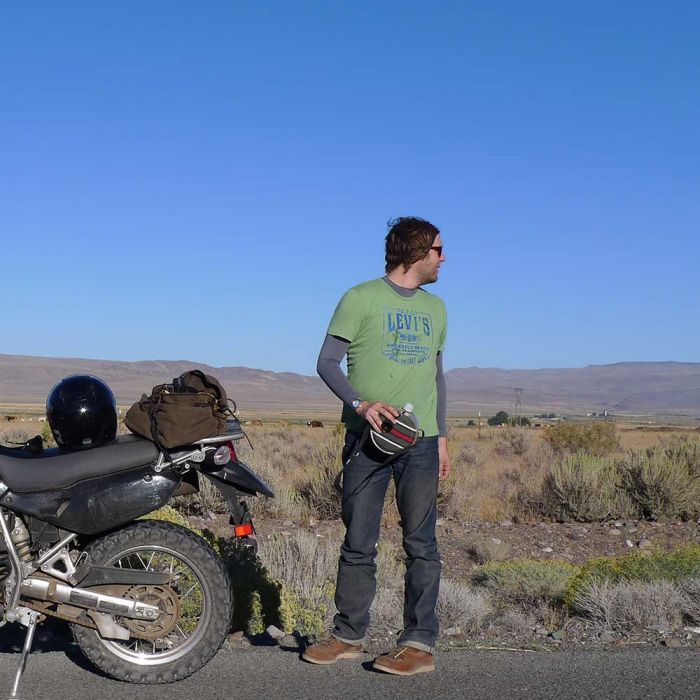 Jeremy is working on developing a bespoke side-car mounted desk to allow for a true digital nomad work method. (plans for a boat-mounted desk were scuttled after early prototypes were testedâ€“weâ€™re just not there yet, technologicallyâ€¦) Until that is perfected, he can be spotted wearing headphones and dropping into various google hangouts (mostly ones he is invited to.)

Upon returning back to the â€œreal world.â€ Jeremy wears the hat of a digital producer.